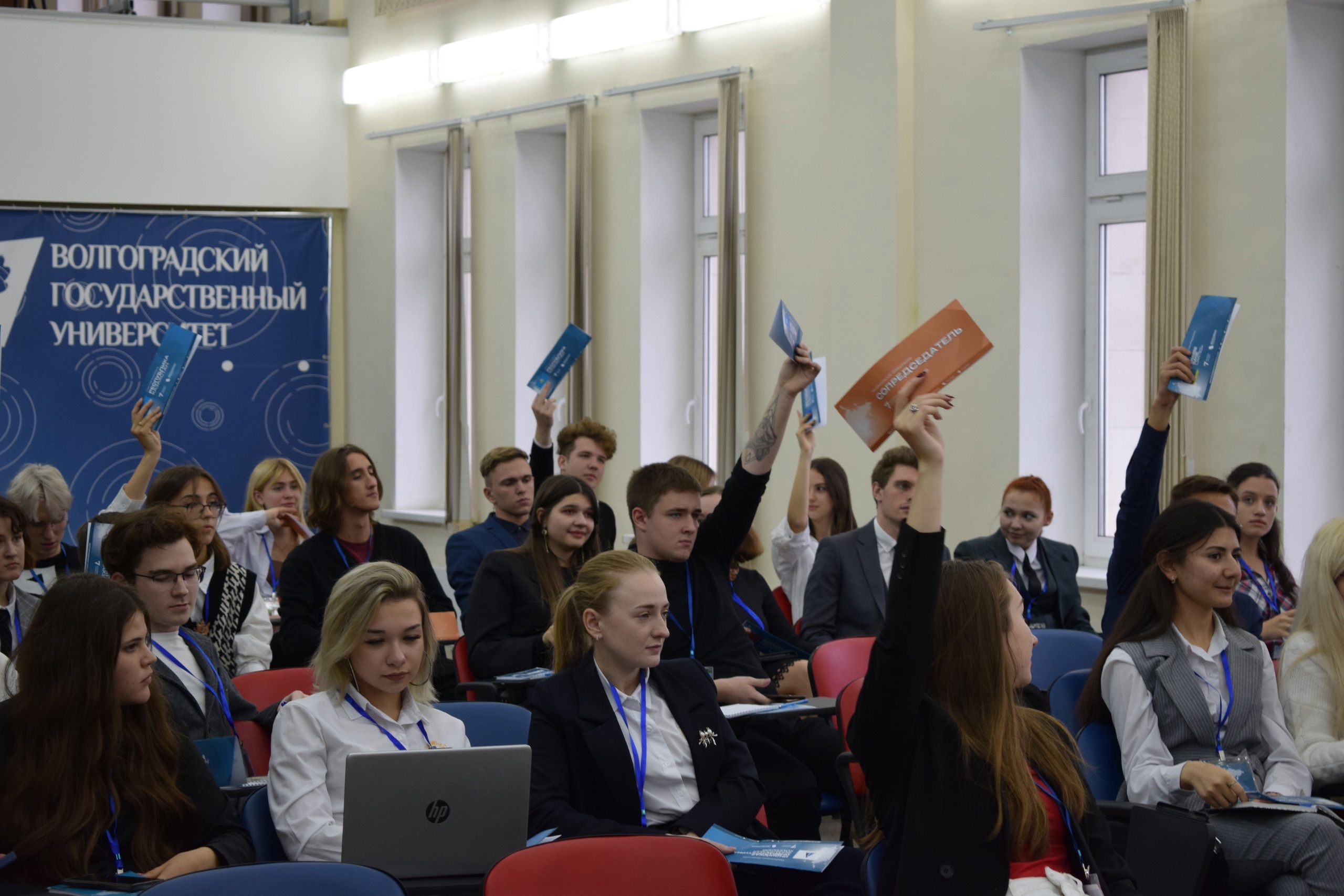 The second international model of the Shanghai Cooperation Organization started in Volgograd. The delegates of the intellectual-role platform, within which students model the work of an international organization, as well as discuss the problems of regional security in the Eurasian space, were 66 students and schoolchildren from ten regions of Russia.

Among the main topics: regional stability and security, the development of the digital economy, the development and improvement of measures to prevent and eliminate infectious diseases, as well as the strengthening of trade and economic ties.

The co-organizers of the diplomatic game are undergraduate students of the Faculty of Journalism of Lomonosov Moscow State University. They not only coordinate the work of the press service, but also manage the functioning of the information committee.

— My responsibilities include maintaining official pages on social networks, designing publications and cooperating with the media. It is not easy to organize the work of the press service, but it is very interesting, – Polina Gorchakova, a press secretary of the SCO model, a student of the Faculty of Journalism of Moscow State University, shares her impressions.

Along with the press service, the information committee, led by a 2nd year student of the Faculty of Journalism Rostislav Zhemchuzhnov, is covering the activities of the venues.

– Our unit is engaged in modeling the work of real media, – explains Rostislav. — This year it is TASS and Xinhua. It is important not only to introduce them to the participants, but also to teach colleagues how to write journalistic texts.

The opportunity to get to know the topic in depth is also provided to students at lectures by invited experts. During the speech of the Director of the Center for Eurasian Media Studies of the Faculty of Journalism of Lomonosov Moscow State University Olga Vikhrova on the topic: «The SCO Media Space as an Effective Platform for Cooperation», the delegates learned about the key areas of work on the legal regulation of the media sphere in the context of digitalization, and also analyzed specific aspects of the legislation of the SCO countries.

Teachers of the Volgograd State University Ekaterina Arkhipova and Elena Piskunova immersed the students in the history of relationships and the versatility of the political interests of the participating countries of the international organization.