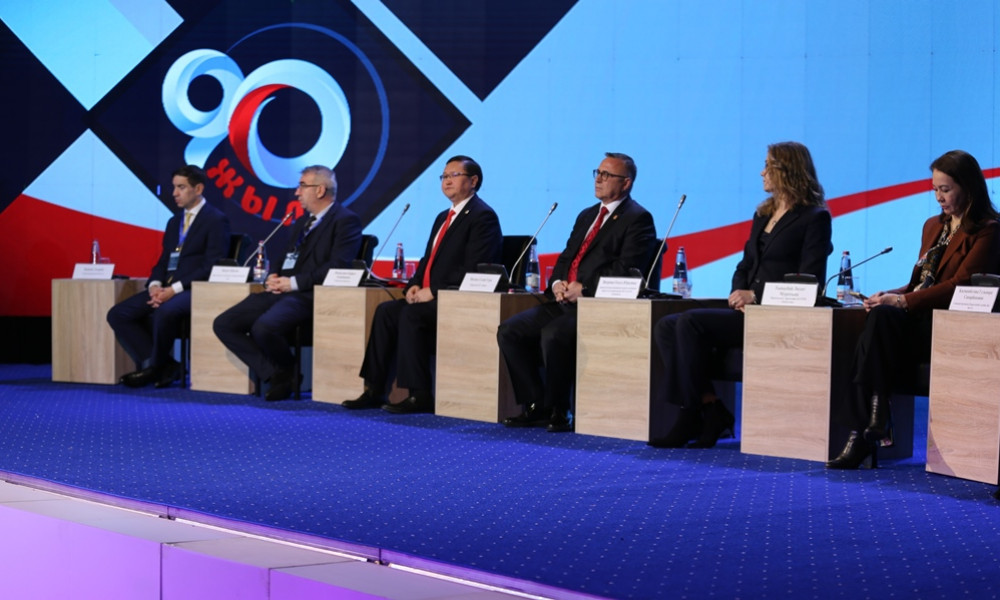 On December 6, Bishkek hosted the International Media Forum “Media in the Conditions of Globalization”, timed to coincide with the 90th anniversary of the National Television and Radio Broadcasting Corporation of the Kyrgyz Republic (NTRC).

The topic of the first panel discussion was “The role of traditional media in the development of the information society.” In addition to the issue indicated in the topic, such problems as the responsibility of a journalist to society, the crisis of the profession and the training of young personnel, as well as the phenomenon of new media: the practice of journalists and bloggers in social networks and online media were discussed.

Noting the significant contribution of the NTRK (KTRK) to the preservation and development of national culture, Olga Yuryevna Vikhrova, director of the Center for Eurasian Media Research, emphasized that high-quality national content is the conductor of traditional media into the future.

— Will broadcasters become providers of national content for global streaming services, will they themselves transform into national companies providing content on demand, or will they create separate streaming services within their holdings, the future of traditional media lies in high-quality national content. After all, the global media giants, which do not fully own the national specifics, are not able to provide its production, and the demand for it will remain in 5, and in 10, and in 15 years.— Vikhrova noted.

The speaker also stressed that today it is spiritual, moral and cultural values that unite the population of countries and regions divided by political, economic and other confrontations.

— And only the policy of preserving and developing national culture, along with the preservation of common language spaces, can help strengthen interstate and interethnic harmony.— the expert concluded.

The second part was devoted to the thematic session “Media education system”, which was attended by representatives of scientific and educational and expert-analytical circles, public organizations, government agencies and media structures. The participants of the platform were teachers of the Kazakh National University named after Al-Farabi, the Academy of Management under the President of the Kyrgyz Republic and Manas University. The Russian scientific and media community was represented by Academician of the Russian Academy of Education, Dean of the Faculty of Journalism of Moscow State University named after M.V. Lomonosova Elena Leonidovna Vartanova.

— It is significant that the Kyrgyz National University is joining the celebration of the anniversary. This means that the training of personnel for television and radio broadcasting in Kyrgyzstan is in the reliable hands of professionals who are able to ensure the protection of national culture and the development of national identity. – stressed Vartanova, separately noting the role of the TV and radio company in preserving language traditions. “I am glad that the positions of the Russian language are preserved, which provides our countries with constant cultural interaction and mutual understanding,— the dean concluded, wishing her Kyrgyz colleagues excellent programs and uninterrupted broadcasting.

NTRK (National Television and Radio Broadcasting Corporation of the Kyrgyz Republic) is the largest television and radio broadcasting corporation in the Kyrgyz Republic. Currently, 4 TV channels are on the air: “KTRK”, “Music”, “Madaniyat”, “Balastan” and “KTRK Sport”. The corporation includes the radio stations “Birinchi Radio”, “Kyrgyz Radiosu” and “Min Kyyal FM”. The media company also includes the Republican Radio and Television Center and the Kyrgyztelefilm studio.